All the evidence that Annaliese Nielsen is a child pornographer

This is Cœur de Pirate 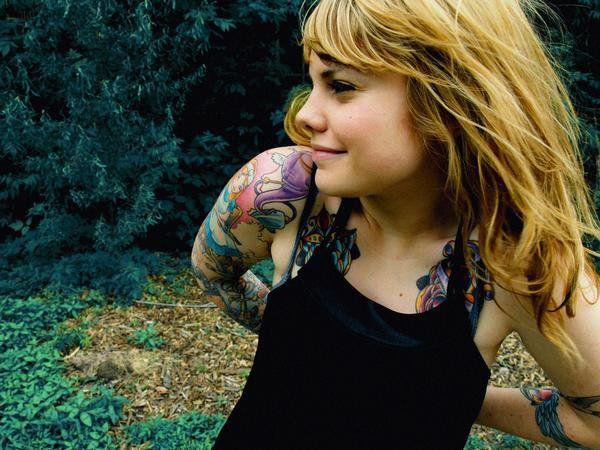 This young woman is at the center of the matter. She is the French-Canadian singer Cœur de Pirate. It caused a minor scandal in the Francophone press when it was discovered that she had posed for nude photos at a younger age. And by younger, we mean as a minor. These photos were posted on Annaliese Nielsen’s own GodsGirls.

Here are the facts we have.

Facts 1 and 4 are readily available information. Facts 2, 3, and 5 were previously only available in French as the American press has ignored this story. We have provided translations and source links for three articles covering Annaliese Nielsen’s promulgation of child pornography. If you have supported Annaliese Nielsen over the past year despite her treatment of others, perhaps you will finally reconsider your position. Nielsen is a predator and now we have proof.

Before she became Cœur de Pirate, Béatrice Martin posted nude for the website GodsGirls.com. For a year, every time a journalist spoke to her, Béatrice closed like an oyster. Until yesterday, when, after publishing articles on the said photos in The Sun, she agreed to answer our questions.

It was a tense Béatrice Martin who went over to La Presse yesterday. Just to talk about it, she said, makes her heart ache. “These are photos of Béatrice Martin, not Cœur de Pirate,” she said. When I signed my contract with Grosse Boîte in April 2008, and became Cœur de Pirate, I had already bought the photos from GodsGirls.com.”

If she bought the pictures. it was because she did not like the way her friends looked at her. “So I started writing songs and it helped me to understand a lot. Then I started going out with my boyfriend and it made me realize I was worth a lot more than that. The problem, and it’s really stupid, is that among the subscribers of the site GodsGirls.com who were able to download my photos, there were probably people from Montreal who put them back online when my career began. Since then, there has been daily damage control. We just removed them from a Swedish site, but it took months.”

Today, Beatrice is ashamed of these photos. “I’m afraid it changes people’s perception of my music if they think I’ve done that to draw attention to Cœur de Pirate,” she said. “On the contrary, it could really hurt me. When I come across these pictures, I really want to cry. Imagine the mothers who see this and who will no longer want their children to listen to my music. But these are things that can really happen to anyone, especially in my generation. It is a bit disturbing.”

A child’s heart in a woman’s body

We discovered Béatrice at the Printemps de Bourges, before the Botanical Nights this year. Her single “Comme des Enfants” [“Like Children”] can be heard on the radio while TV indulges in playing the music video, beautiful as the sun.

It all began at the Francofolies de Montréal 2008. A journalist from Inrocks saw her opening for Benjamin Biolay and hyped her up to the point where Barclay, in France signed her on the spot. In Quebec, her first CD was released last September. “I put songs on my MySpace. That’s how the boss of my firm in Quebec discovered me,” Beatrice told us.

The young woman was only 18 years old but has done a lot of living, going by her tattoos and her nude photos that circulate on the net. “My first songs date from March 2007. I was leaving a difficult relationship and songs were the only way I found to express what I felt. A little by chance. Some have a blog, I write songs. I studied graphic arts. I always intend to pursue my career by pursuing my studies. I want to go to college. I have never seen music as a profession.”

Beatrice’s mother, a classical pianist, put her in front a piano at the age of 4, later sending her to the Conservatory from ages 9 to 14. “It was a chore. I never thought it would serve me one day. It was boring to me for years. Now I understand better,” said Beatrice.

But where does the voice of a wounded bird come from? And these tattoos, and these photos? “I do not smoke. I’ve learned to sing all by myself. By listening to Joni Mitchell, Al Green, all of Motown … I wanted to sing like these people. I got better live. I did not live on the street. I did not take drugs. Inrocks [the journal] has sexed things up a little. My adolescence was not that difficult. I come from a very privileged background and my parents put me in the best schools. The thing is, I lived very alone, very closed off. And I was with guys who were bastards. I’ve lived, but not that difficult an adolescence.

I have been with people who have hurt me, betrayed me, as I describe in my songs. The photos, I own up to them, but I do not want to talk about them. Tattoos, I like the concept, and the pain does not scare me. There is no particular meaning. I find them very pretty. My parents did not agree. At 16, when I started, they did not know; I hid them. I do not regret it because it made me happy but I do not recommend you start as young as I did.”

You cannot miss the pirate heart on her left arm: “It’s from when I was 18. My first song was in English. It was ‘Her Pirate’s Heart’. Cœur de Pirate represents a project, a theme that may die one day. I’ll be able to find my name again.”

On the French version of her disc is a duet with Julien Doré (“Pour Un Infidèle”), while on stage, she takes up “Les Bords de Mer”. “he made himself known Quebec via the blog of Perez Hilton, who had posted the clip “Les Limites” that I found brilliant. So I ordered his record [imported from France]. I’m a fan. My label contacted him and he accepted. He’s cool. I thought he was going to hate my song. My dream? A duet with Francis Cabrel that I sang at the age of 4.

I’m not really based in rock culture. I grew up with folk. My parents listened to Ferrat, Aznavour, Brel, Ferré … My mother is a fan of Doris Day and my father was singing Dean Martin. I’m also a fan of Genesis.”

Using the alias ”Bea”, the singer Coeur de Pirate had a few hundred pictures of herself online at her raw [naked] state until the spring of 2008.

In the images, we can see the singer dressed in tight short shorts, or underwear with a tiara, and gradually progressing to fully nude. Other pictures show her in the shower.

According to the comments in the forum on GodsGirls, the pictures of “Bea” were hosted from February 2007 to April 2008, which coincides with Béatrice Martin’s record detail with Grosse Boîte. The forum members started to question as to why the pictures were removed from their favorite website. The co-owner of the website, Annaliese Nielsen, stated in April of 2008, “I don’t know who Bea is but I heard that a girl that we used to know got a record deal, you know what I mean?”

The president and artistic director of Grosse Boîte, Éli Bissonnette, refused to comment on the matter. ”I don’t want to talk about this, and neither does she. I don’t think it’s relevant right now with everything that is happening with her career”, he said.

”The photos, I own up to that, but I do not want to talk about it”, said Béatrice Martin at the beginning of July to the Belgium newspaper ”Le Soir”.

Other blogs published the pictures as well but removed them at the request of the artist. “The charming Béatrice asked us to remove them and, out of respect for her, we did just that. And no, we won’t send them to you,” said the owner of the Montreal Blog, IndecentXposure.

GodsGirls does not remember ”Bea’’

“I never heard of Coeur de Pirate, but it’s a lovely name for a band, and I wish her the best of luck, whoever she is”, said the Californian ex-model and businesswoman in an interview given this week to the Soleil by e-mail. And “Bea? I don’t know anyone by the name of Bea.”