We received these screenshots in, what we believe to be, no particular order. We made a token attempt to re-order them, but it’s probably not 100% correct. In any case, it doesn’t matter. We didn’t need them in order to see what was going on here.

GRLCVLT was previously known as Girls’ Night In (the more restricted group of no more than 3000 members) and Girls’ Night Out (the more public group). The NYC chapter was run by Remy Holwick, however Annaliese attempted to take more control of the NYC chapter.

These images show some of the controversy around the change of name from Girls’ Night In/Out to GRLCVLT. As we pointed out on our big exposé, the name GRLCVLT seemed uncomfortably apt. The fact that Annaliese would choose this name while being all too well aware that it really was a cult gives us an idea of just how much hubris was floating around in the vapor chamber also known as her skull. What is equally interesting is that the ensuing fracas over the name illustrates the inherent unsustainability of SJWism. When you predicate a group on not hurting people’s “feewings”, all forward progress grinds to a halt amid the omnidirectional babying. Nielsen seems to realize this, and it is more evidence that she only uses concepts like feminism and social justice as totems to administer her religion.

So with no further ado, here are the screenshots.

This seems to be the first one, as she is making the announcement that she is changing the name. Remy Holwick appears early and often to back her up. Reportedly, Remy was the one who originally came up with the name GRLCVLT.

One member posts an objection. Annaliese seems oddly unconcerned with offending others despite acting quite triggered over a hula doll, (even though she is not Hawaiian).

Annaliese reveals she is trying to export the LA GRLCVLT’s catechism to the NYC group.

Annaliese reminds us that her groups are not a democracy.

No… we don’t get it. Don’t go into comedy. The only time you’re funny is when you’re drunk and we’re laughing at you.

Annaliese makes it clear she is trying to solidify control over the NYC and probably every other GRLCVLT/GNI chapter. She probably regrets delegating so much control in the first place.

Whether Remy Holwick was actually joking or not, we don’t know. GRLCVLT really is a cult.

And here, we get to it. Annaliese forgets she’s selling a dogma and a myth. She also shows how quickly she flips into a bitch when triggered.

Not sure who said this (the information came pre-censored).

I thought this was supposed to be a place for people who are easily triggered? Annaliese doesn’t actually care about these women.

It’s one thing for a group not to be a democracy, but Annaliese seems to revel in being opaque. That is the trait of a maniac.

We can only assume Riley was someone who questioned Kim Jong Annaliese’s decision.

Here’s where one user makes it clear that Annaliese is barging in and trying to assert dominance.

For some reason, this part reminds us of the Hulagate video where Annaliese gets snippy and says “Because I wasn’t being NICE ENOUGH to you?”

As a final note, we have heard through the grapevine that Annaliese lost admin privileges in the NYC chapter. It seems more and more like Annaliese may be forced out of the cult she created. 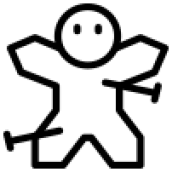 Our leak had the desired effect

Evidence of prostitution in GRLCVLT?